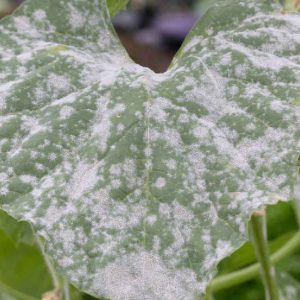 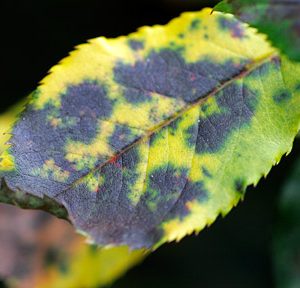 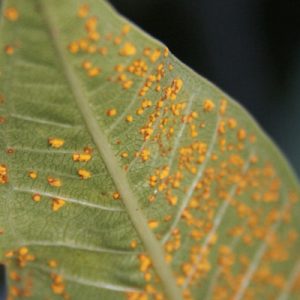 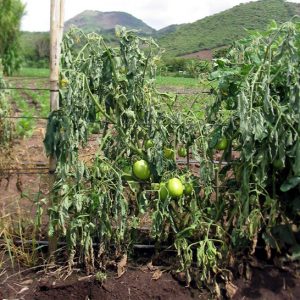 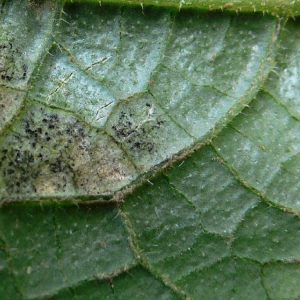 Did you know that fungi are the most common causes of plant disease……….

Amongst the thousands of beneficial or neutral types of fungi which do great things in our gardens, there are a few fungi called pathogenic fungi which attack living plant tissues.  These fungi infect plants by penetrating the plant tissue and mostly enter plants through natural openings like stomata or though wounds (normally caused by pruning), however some fungi can produce enzymes that break down the outer protective covering of plants to facilitate the invasion.  Fungi produce fruiting bodies containing spores that can be water-dispersed, released into the air or dispersed by contact.

Powdery Mildew are a whole collection of species sharing similar symptoms, these are a white or greyish powdery growth on both sides of the leaves.  These fungi produce microscopic air-born dispersal spores from the fungal growth on the plant surface.  They have an unusually high water content, enabling them to infect under drier conditions than most other fungal pathogens and tend to be associated with water stress.

Downy Mildew is different to Powdery Mildew as the white or greyish powdery growth only forms on the underside of the leaf and Downy Mildew favours cool wet conditions.  Downy Mildew isn’t in fact a fungal disease at all, it’s a highly specialised parasite, however causes fungal like symptoms.  In order for downy mildew to germinate the leaves need to be wet for hours so it’s always advisable not to water foliage and not to water in the evening.

Vascular Wilt Disease – by Jim Deacon – Institute of Cell and Molecular Biology, The University of Edinburgh

Vascular wilt diseases are caused by pathogenic fungi or bacteria that enter the water-conducting xylem vessels of a plant, then proliferate within the vessels, causing water blockage. The typical symptoms include wilting and death of the leaves, followed often by death or serious impairment of the whole plant. As a group, therefore, the vascular wilts are among the most devastating plant diseases.

There are several interesting features of these diseases. For example, the blockage of the xylem vessels is not necessarily caused by the pathogens themselves but often by the host reactions to invasion – the production of gel-like materials which serve as potential barriers to spread of the pathogens in the vessels. In addition, some of the symptoms, such as the common yellowing of the leaves and the loss of control of stomatal function, may are caused by toxins produced by the pathogens. But perhaps the most interesting point is that the pathogens have only a weak ability to invade living plant tissues; instead, they grow in the nutrient-poor conditions of the water-conducting vessels, and they only grow into the rest of the plant when it has been weakened or killed by water stress.

If you are experiencing problems with fungal or bacterial infections in your garden, please see our staff at the Sanctuary Point Garden Centre for professional advice on how to cure the issues.